At the age of fifty-five, I left a tech job in Montana and began what has become more than a decade of ongoing renewal. This wasn't spurred by a crisis. Or funded by a windfall. It was a pent up leap of faith.

There is a detailed backstory I'm working to tell.  For now, the condensed version is this:
I've led an unconventional life. Most of the young adult years happened in San Francisco. During college in the mid-70's, a misaligned relationship rapt my attention for far too long. When the mesh finally broke, I returned to Montana, where I'd grown up, in order to realign my life.

In the Bay Area, I did most of my video and computer animation work as a freelancer. Media people navigated the travails of gig economics long before it became a trending hashtag disruption. The Montana tech job was an outlier period of status quo for stability as a single parent. For those curious about the corporate insurance world, I have written about my tenure at Blue Cross and Blue Shield of Montana (BCBSMT) and will send copies on request.

By the time my son turned eighteen, I'd accumulated enough "service" at BCBSMT to leave with a modest lump of cash. I owned two small houses outright and intended to rent them for income but soon realized that wasn't my wheelhouse, so I sold them. Friends looked at me in ways that questioned my sanity as I prepared to leave it all behind. 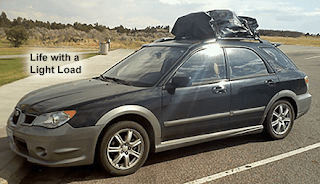 Honing my belongings to only what would fit in my car, I began an adventure that continues to reframe my earliest memories, deliver my most valuable insights, and mollify my deepest regrets.


The story branches into drug law reform, small scale food production, digital technology, and climate change activism. This page is the trunk of my narrative tree. So to begin.

After deciding to break from the life I'd formed over fifteen years in Montana, the next question was what direction to sail this new episode. I’d been involved with handmade food and wine since the 1970's.  Maverick vintners at Wine and the People in Berkeley introduced me to a world that will always attract me.

In the early years of the new millennium, though, the War on Drugs seized my attention.  I'd always preferred marijuana over alcohol and resented the stigma along with the absurd legal risk of using it. But as a parent I came to fully appreciate the profound malignancy of prohibition laws. 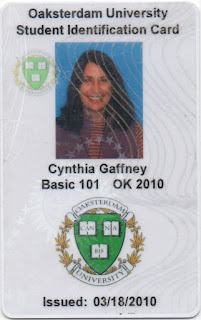 This advocacy then drew me back to the Bay Area to attend Oaksterdam University and work on the Proposition 19 Cannabis Legalization campaign.

The Prop 19 campaign was intense and enlightening. I expected to be among fellow baby boomers eager to promote the cause. Instead, the vast majority of my campaign colleagues were in their early twenties, still in college or recent graduates.

These young people knew firsthand the reality of being set up and coerced into becoming informants for “DARE Resource Officers”.  And they were done with it.

Also, despite being located near the center of downtown Oakland, campaign events were usually filled with relatively privileged white people. Like myself, they had certainly been harmed by grotesque US drug policy but nothing compared to those in the majority population of Oakland. This campaign taught me much about the social consequences of the drug war.

From among the few baby boomers, I struck up a friendship with Gregory Lyons, a retired chef who once owned a restaurant in Saint Helena. Together we canvassed the exquisite farmer’s markets of Marin county, San Francisco, and North Berkeley. Though we seldom met someone who outright objected to legalization, the overwhelming response was to say that the medical program was working well enough so, essentially, just leave well enough alone.

Such polite but murky dismissal was even being espoused by many growers. There were, of course, worthwhile arguments to be made about pitfalls in the proposed legislation. But there were also signs, such as hired political consultants, of a concerted effort to squash any threat to the lucrative, well-established medical and illegal markets. Referring to this period in his book, Weed Land, Peter Hecht described the atmosphere in this way:

People feared a meltdown, with the black market for weed collapsing and the price per pound flatlining in the blinding light of transparent capitalism. Some Humboldt County residents replaced their anti-DEA bumper stickers - "U.S. Out of Humboldt" - with a new one: "Save Humboldt County - Keep Pot Illegal."

Yes, there was much to learn through this campaign.
Other than direct canvassing in person and over the phone, my most satisfying contributions to the Prop 19 effort were making website updates and informational videos. Since most of the young people involved were around my son’s age, I had a deep respect for their commitment to legalization and felt a deep regret on their behalf when the campaign did not succeed.

The failure also left me with my own quandary. I’d believed that the campaign was my first step on the final march toward national legalization. Now that was waylaid indefinitely.
Of course there were still many salient issues around medical use. I'd appreciated the plant’s medicinal benefits since producing a documentary on ARC/AIDS activists in the 1980's and had given legislative testimony on behalf of medical use. But my personal cause was outright legalization/de-scheduling. I’ve never gotten a medical card.

So I dove into the sea of possibility around me. Meetup.com was an easy resource for finding events and kindred of all sorts. There were groups doing ad hoc documentaries, talks at start-up incubators, and demos at artisan food fairs.

At the Pacific Film Archive, the words Ferment Event caught my eye. Described as a live installation celebrating the art of cheesemaking, it soon created a delicious subplot in my self discovery.

Cowgirl Creamery, a renowned Bay Area cheese company, was the heart of the installation. Sue Conley, one of the founding Cowgirls, took an idea from her nephew and turned it into multi-sensory performance art.

The Ferment Event realigned my perspective. I’d spent most years of my working life in aspects of digital media and the internet world. Ferment reminded me of pleasure filled days back at Wine and the People. And even further back to my childhood surrounded by Italian cooks. That night I knew I’d be following my tongue, nose, and soul into the land of curds and whey.

Post Ferment Event, my life became a magical mystery tour of tastings, classes, travel and books. A critical financial component of making all this affordable was keeping my living expenses as low as I could tolerate.  That itself has been an ongoing adventure.


Details about these various pursuits are best continued on the individual pages (in progress). But here is a quick summary of the broad roadmap.

2011 began my confirmation as a knitted-in-the-vat turophile (cheese lover). Along with earning certifications in cheesemaking and food safety, the Cowgirls even took me on as a monger behind the counter of their original Point Reyes shop. I managed to capture some of my food world adventures on CiaoGemma.com but there is much more waiting in the wings.

Meanwhile, my digital life kept cranking of its own accord. One of my old video pieces went surprisingly viral on YouTube. An overview of that experience is captured on the Net Worker page of this site.  My general dismay at the state of the Net found some needed expression through building another blog called NettedWorld.com

After Prop 19 in California, I volunteered on legalization efforts in Washington and Oregon. Celebrating these successful campaigns was inspiring and awesome beyond belief, particularly in Oregon during an interim year of nearly absent regulation. Samples seemed to fall from the sky (along with tee-shirts). Danksgiving, Wine and Weed, endless Harvest Fairs.

There is a torrent of tech innovation on the horizon.  My background mix of digital technology, artisan food culture, and justice advocacy is now at home in the broader issue of climate change.  I am grateful to have worthwhile insights to share at a time of churning change.
Onward with optimism!
Home
Subscribe to: Posts (Atom)