Rome Beyond the Ruins (on a skateboard)


I believe that travel is the best form of education. So my son, Patrick, was destined to explore the world in whatever way I could afford, even camping outdoors at the Winter Olympics.  In 2002, he was a twelve-year-old in love with hockey. The Salt Lake Olympics was less than an eight hour drive from where we lived in Montana. We had to be there. 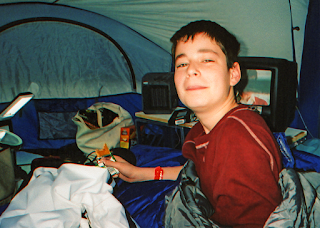 Tickets to hockey games in the elimination rounds were surprisingly affordable. But lodging, even within a hundred miles of downtown Salt Lake, was on exploitation overdrive. So I rented a spot with electricity at a Kampgrounds of America (KOA)in the center of the city.

Even camping had a premium price tag but the location was perfect. Free public shuttles took us directly from our tent spot to all the downtown Olympic venues. My only regret was not getting tickets to a wider array of events because it was all so easy to access. 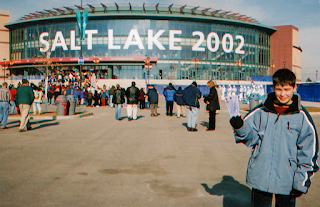 Camping at the Winter Olympics demonstrated to my son that the unconventional can have unique rewards.  Aside from a few TV production RVs the only other campers were all Canadian hockey fans! He left talking about attending the 2006 Olympics in Turin (even if we had to camp).

By 2004 I was ready to introduce him to Europe. My fantasy itinerary began with backpacking and train rides but soon scaled down to my budget and ten day timeframe. I decided his first experience would take him to the root of Western culture. We'd pretend we lived in the Eternal City of Rome.
Patrick was enthusiastic about the trip but, as a fourteen-year-old, his sporting obsession had migrated to perfecting new skateboarding tricks. He scanned photos of Roman street scenes for boarding potential. Leaving behind his trucks and deck, even for ten days, would absorb his thoughts no matter how ancient the ruins and marvelous the art around him. So I researched skateparks in Rome and the board came with us as a carry-on. 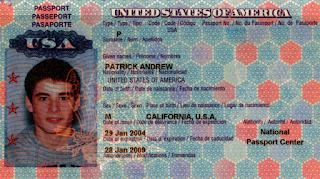 The decision to stay primarily in one place turned out to be fortunate because a month before our departure the Madrid Train Bombings happened and all of Europe was on the highest alert. Train travel became the same security ordeal as flying became after 9/11.

There were no official skate parks in Rome at the time, so the recommendations took us into ordinary neighborhoods that most Americans would never visit. Through a common language of ollies, grinds and kickflips, Patrick connected with his Italian peers, who then included me as a respected elder accessory. We became honorary citizens of Rome.

After a few hours of riding on rough cobblestone streets, our young Roman friends invited us to a skating site in a gutted Fiat factory. The location wasn’t on any of my tourist maps so they drew some instructions in my notebook and said to meet them there in the evening.

Of course, this could have been an unfortunate set-up but instead the outcome was even better than I imagined. While planning the trip, I'd read about notorious underground communities in Rome that hosted subversive art events. Being illegal and transient, they were virtually impossible for an outsider to find.  Of course, I wanted to be there! 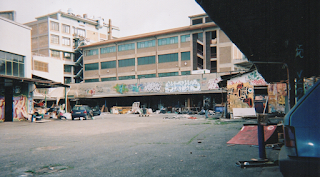 Arriving at the makeshift skate park made of plywood and scaffolding, Patrick was thrilled (in a teenage way) to be immersed in a gnarly scene half way around the world. While he was busy grinding and flipping, I explored the grounds outside and met a British expat my age who made sculptures from discarded car parts.

As we chatted, it dawned on me that this was one of those underground venues, a renegade Roman live/work/play space that I'd never have found on a tourist map. I was awe-struck.

Since he wasn’t feeling skateboard deprived, Patrick engaged with the attractions of ancient Rome. He loved the Pantheon and, for a teenager, was remarkably touched by Pompeii which was our only side trip.  For both of us, though, the most enchanting experiences were the result of taking a risk.

A footnote finale:
We did not go to the 2006 Turin Olympics because I opted instead to take him to Amsterdam when he turned eighteen the following year. That is a whole other story.  In 2013, however, I was in Turin by myself and went to the main venue. Again, that is a whole other story...that brought me to deeply question and alter my perception of their value.
Newer Post Older Post Home