The Digital Divide is 25

Since the start of the pandemic, the phrase "digital divide" has probably been used more times than in its entire prior history. For too many people, it seems like this was first they had heard of it.

The concept was actually introduced during the Clinton administration. Since then, cascades of auspicious government programs have spent billions of dollars to resolve it. Yet the divide remains. In some cases, no different than in 1995.

The current fix is called The Rural Digital Opportunity Fund (RDOF). Its second funding phase takes place on October 29, 2020. As stated on the FCC website, 386 Applicants May Bid for Up to $16 Billion in Support to Bring Broadband to Up to 10.25 Million Unserved Americans.

Introduced about six months before Covid-19 first hit the US, the RDOF will award an unprecedented total of $20 billion over various project stages. Yet despite the broadband deficits exposed by the pandemic, there is no good reason to believe this fund will finally be the one that fills the gap.

The state of US telecommunications access is like a mountain of twisted old-time phone chords with an earpiece trapped somewhere inside. Legislation, technology, public funding, corporate interests, and essential human needs are a scrambled maze of demand with no immediate solution but plenty of opportunity for lucrative obfuscation.

Under the control of a select few mega-media players such as Comcast NBCUniversal, the telecom industry has secured the luxury of eluding any reference to its concerted heist of a public resource.

One of the more fortunate consequences of the pandemic, though, is that "we the people" are again appreciating the democratic architecture of the pre-corporate Net and its potential to realize the vision Harley Hahn so reverently described in his 1994 guide, The Internet : Complete Reference. 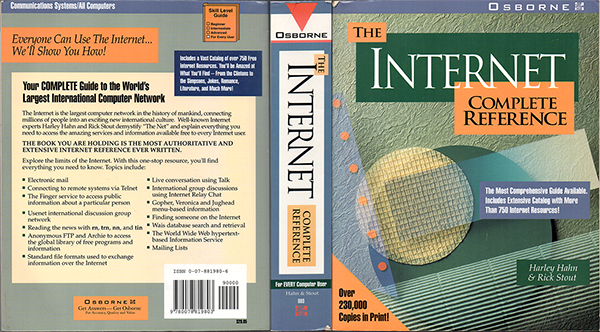 In learning how to use the Internet, you are embarking upon a great adventure. You are about to enter a world in which well-mannered people from many different countries and cultures cooperate willingly and share generously. They share their time, their efforts, and their products. (And you will, too.)

...Thus, the Internet is much more than a computer network or an information service. The Internet is living proof that human beings who are able to communicate freely and conveniently will choose to be social and selfless.

The Internet was designed, developed, and implemented with US taxpayer funding.
We the People must claim our right to own it.