My father was an accomplished alcoholic in a town that considered this more of a career than a crime. 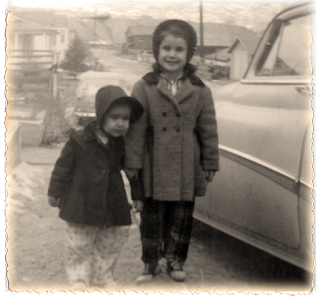 Before taking some teen-age independence, I spent most of my days helping my mother try to control my father’s behavior. Every night after school she'd load my sister and me into the back seat of our faded green Buick and drive up the steep hills of Butte to the Steward copper mine where my father worked as a boilermaker.

Arriving just as the shift whistle blew, my mother then squirmed “on pins and needles” until we spotted my father cross the mine yard on his way to the showers. On nights when our wait grew into an empty hour, we knew that he'd gone before the end of the shift, straight to his favorite bar.

Usually, though, we’d take him directly from the mine yard to his mother's house a few blocks away. There, my mother, younger sister and I spent a tense hour or two in my grandmother's overheated front room while her son drank a quart of beer and finished off a pint of whiskey, his second or more of the day, that she’d hidden for him in the bathroom.

Our grandmother wasn’t a cruel person, but her life had been hard and she resented us for taking her son. Widowed at a young age, she worked as a cleaning woman in Catholic schools for less than a living wage while her mother raised my father and his sister. Grandma never had the privilege of seeing life from a gentler point of view.

My sister and I often passed the time pretending to cook in her large barren pantry. Our concoctions, which may have passed for an actual meal in many local households, always involved a boiling pot of water with salt, pepper and whatever stale bread was on the shelves. Beneath the shelves, behind brown paper bags filled with other brown paper bags, were my father's empty whiskey bottles. His mother put much more effort into supporting her son’s habit than objecting to it. She believed he was all she had left in the world and she was keeping him with her however she could.

From my grandmother’s house, we’d head to my father’s favorite haunt, the Atlas bar. The Atlas had a tarnished chrome Art Deco entry that was out of tune with its current clientele. Filled with patrons after a shift change, though, its narrow dark interior did resemble a mine tunnel. This was where my father felt most at home. Without us, it probably would have been his home. It was a futile struggle to pull him away.

No matter the season or time of day, we never knew how long we’d be parked in front of the Atlas. After an hour, especially in winter, my mother would start honking the car horn which, of course, did nothing more than vent her frustration. After confirming yet again that the horn had absolutely no influence, she’d send me into the Atlas to get him.

I was about eight years old when she first insisted that I go. She coaxed me by saying he would only come out because I asked him. Quite an ego trip for an eight-year-old so I went with conviction. Eventually though, the reality of my surrogate role became obvious and I refused, saying that I hated the smell of stale whiskey. So my mother plied me with guilt. “Well, at least he’s not a mean drunk”, she’d say, implying that if I were a good daughter, I’d care enough to get him home.

It was clear to me by then, as I attempted to separate him from the thing he loved most, that my father had only one care in the world and it had nothing to do with us. Usually he’d just tell me to tell my mother, “to go to hell”. He’d come out when he was damn ready. Then I'd argue with her about other options like divorce or, at least, leaving him at the Atlas. All this accomplished was to convince her I was a renegade copy of my father and she now had two pig-heads on her hands.

During the horn-blowing segment of this script, one of my father’s friends often stumbled over to the car to impress us with the loveliness of Ireland and the holiness of the Catholic Church. Jimmy Harrington, one of the oldest cronies, had a brogue so heavy we often didn’t understand him. My mother nodded occasionally and he never seemed the wiser.

One frigid night through an open crack at the top of the car window, he told us we had the patience of a Saint and would surely be rewarded in Heaven for such willing acceptance of Hell on Earth. Then he smiled, tipped his cap to the virtues of our martyrdom, and proclaimed what a lucky asshole my father was to have us.

Such sacrifice will surely be worthless on Judgment Day, but it felt good to finally hear someone notice that this was a lot to ask of a child.
Newer Post Older Post Home