I first tasted kombucha in 2015 at a cannabis legalization party in Portland.
Brew Dr.'s Clear Mind was on tap.  A single sip is all it took to spark my love for SCOBY (symbiotic culture of bacteria and yeast). 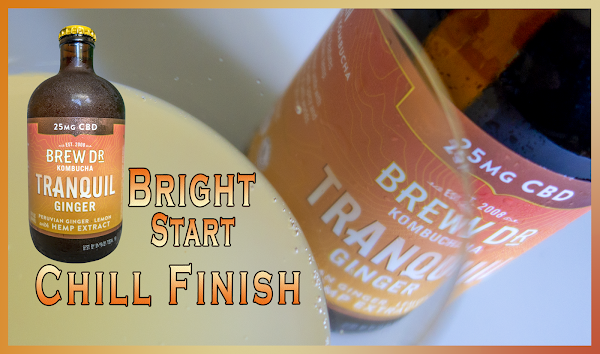 There are aspects of alcohol I appreciate but cannabis has always been my preference. And Brew Dr.'s fermented tea blends are a sparkling cannabis companion. It made sense for them to be mulling ideas for an infused version. With their Tranquil CBD series, that beverage is now in the bottle.
At Life Source Foods in Salem Oregon, I bought the two variations of Brew Dr.'s Ginger Lemon blend, original and the new CBD-infused Tranquil offering. This is what I noticed in comparing them.

At the start, the difference is eye-catching.  The original is a light clear amber whereas the CBD-infused Tranquil Ginger Lemon presents that shade with a creamy translucence.  The initial flavor profile in both versions is a lemon tang with an appealing ginger bite. With Tranquil, though, the experience lingers in a luscious toothsome texture.
The most notable sensory distinction between the two is Tranquil's taste and aroma that hint at CBD's cannabis/hemp origin.  To me it is analogous to that trace of new mown meadow found in grass fed dairy products, a surprisingly fresh addition typical cannabis users will immediately recognize but newcomers are likely to discover as an intriguing enhancement.
My own cannabis use has always been non-medical and centered on THC so I'm not well attuned to the effects of CBD. However, I have experienced its ability to counteract the effects of THC. The old jokes around cannabis and paranoia can sometimes come true. The usual result is anxiety and I've effectively relaxed it with CBD.
For those who've found benefit from it just by itself, this non-psychoactive cannabinoid is said to promote a calm sense of well-being. Without question, individual responses to comestibles and experiences are as varied as life itself.
A final factor worth mentioning is the price difference between Tranquil and the original.  Using CBD as an ingredient requires a host of more involved processes and requirements that add to the production cost.  But even at a higher price point, I favor Tranquil because of its sensual sensory qualities, especially the creamy appearance and mouthfeel. It brought to mind a refreshing sorbet.

Brew Dr. sources CBD from Oregon's East Fork Cultivar, a family operation grounded in personal understanding of therapeutic hemp and cannabis applications. Nathan and Aaron Howard started East Fork to provide their brother Wesley with medication for a rare genetic disease that eventually took his life. Their focus is on the value of purpose rather than opportune profit. 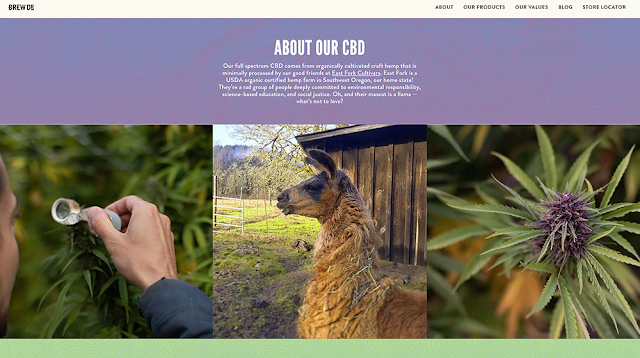 To finally end the Drug War we must normalize cannabis use. A direct route to that result is legally allowing social conviviality in cannabis consumption spaces like alcohol has enjoyed. I dream of the day when there will be a Brew Dr. THC on draft in a public lounge.  Until then, Tranquil is a luscious preview.