A Contest in Good Taste ~ The Cheesemonger Invitational 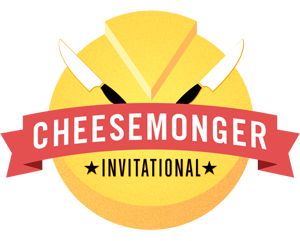 Launched last year at the Fancy Food Festival in New York as a way to recognize the deep talent base in the retail sector of the artisan cheese world, the Cheesemonger Invitational has already expanded its contestants more than four fold, from 9 to 40, over its inaugural run.

An early favorite -- already leading in Facebook “Likes” -- is Jana Werner of the Pasta Shop Cheese Counter where she mongers at both the Fourth Street and the Rockridge locations.

On July 8th, Jana will face the other competitors in four challenge categories:
I met with Jana just a few days before her trip to New York.  In a relaxed thirty minutes she wove artisan cheese, craft beer brewing and tattoo shop talk into a conversational tapestry that became a portrait of a remarkable young woman with an overall passion for life. Following is a condensed version of what we covered.

What drew you into cheese?I grew up in Vacaville and went UC Davis where I lived and worked on an organic farm.  Then, I moved to Seattle where the weather made farming much more seasonal work so I got a job selling cheese at DeLaurenti and fell in love with it.  Not just the cheese but all specialty foods -  which is actually food as it was prepared a hundred years ago. I knew that I’d always want this access in my life. Plus, I found that I was really good at selling cheese.  It may be in my blood. My family heritage is Swiss.  My grandfather owned the Vaca Valley dairy so my father grew up with baby goats in the kitchen.

How have you been preparing for the competition?Basically, I’ve just been doing my job every day at the cheese counter. There are always chunks of cheese that need to be identified before they’re put back in the case and cutting ¼ pound pieces happens all the time.  I get lots of practice with that!  I’m very excited about the Plate the Slate category, not just because I think my entry will be the best. There are a lot of very create and talented people in this event so all the entries will be wonderful. I’ll learn a lot as well as getting to test my own ideas. This is going to be a great experience.

How does it feel to have your former boss and mentor at DeLaurenti as a competitor?Yes, Shane Wahlund from DeLaurenti is also in the competition and we’re having fun with it, including some friendly trash talk.  Shane is a great guy and he basically taught me all that it takes to get started in the profession.  We also worked very well together.  He and I won the American Cheese Society's merchandising competition last August as a team. Most of all, I’m really looking forward to seeing him, trading stories and having a wonderful dinner together in Manhattan.

Why is beer the featured beverage at the competition?I think there are a number of reasons for that.  One is that great craft beer is more accessible and affordable than great wine. Another is that there has always been a farming connection between grains and cattle. Beer was made on the farm with the same grain that was feed to the dairy herd. And maybe the biggest reason is that we started developing our own uniquely American cheeses and beers around the same time and, often, in close contact with one another.  It’s a lot more cost-effective and fun to try recipes with a local artisan friend and neighbor.  So, now there are cheesemakers that even make their own brews for washing rinds.  Craft beer has opened a whole new level of appreciation for artisan cheese.

You can help Jana maintain a “Like” lead among the challengers by registering a vote for her on this link.   Results of the competition will be posted here as soon as they’re released.  Best of luck to Jana!
Newer Post Older Post Home