A Peachoid of a Name

Throughout my life I've seen my last name, Gaffney, misspelled in some interesting and even unimaginable ways. But there is one place on earth where that's not likely to happen. Gaffney, South Carolina.

I discovered my namesake place via Al Giddings, the acclaimed underwater cinematographer. In the 70's I got a NAUI certification at the Bamboo Reef, a diving school he founded in Berkeley CA. Then had more direct interaction with him during his work on the Abyss in the late 80's.

Giddings and his crew were prepping for the shoot while I was working at Adolph Gasser camera rentals in San Francisco. Most of the underwater shots would be done in an abandoned South Carolina nuclear reactor, repurposed as a production studio.

This was a unique approach to underwater cinematography so Giddings experimented with rental equipment in deciding how to convert the reactor.  I scheduled many of their equipment reservations and even had the pleasure of delivering some items to his Oakland studio.

At the time, Giddings also owned a large ranch in Montana. Since I grew up there it gave us reason for occasional bits of connective chatter.

When the crew returned the equipment after six months at the reactor, they brought me a postcard from the town where they stayed, Gaffney, South Carolina. Of course, the name impressed me but even more memorable was the metal structure that proudly announced it. 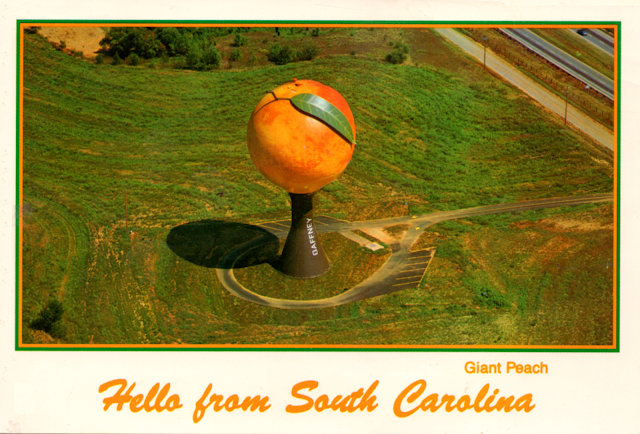 I've kept the card all these years though have seldom thought about the town until it came up by chance during some research. Based upon its marketing campaign for the Peachoid, Gaffney, South Carolina most certainly has a sense of humor.  I plan to visit as soon as the pandemic resolves. And have a feeling, no one there will misspell my last name. 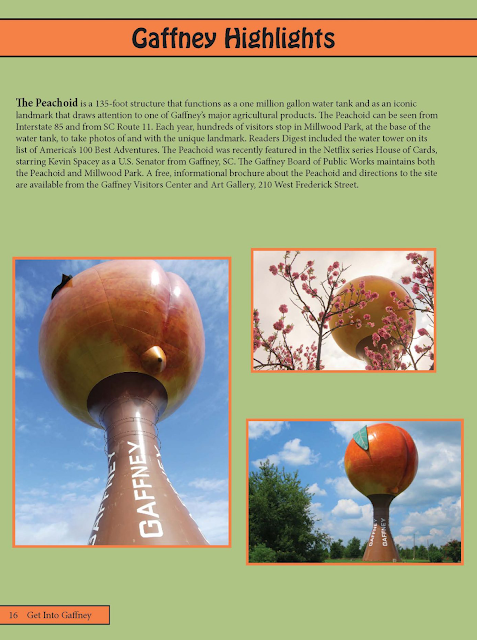